The German Surplus: Less is More?

Shortly after his election President Trump repeatedly criticised Germany’s trade and economic policy both in the transatlantic as well as the European context yet now appears to have shifted his focus onto other matters of foreign policy.

Together with Prof. Jacoby we would like to come together for tea to discuss whether President Donald Trump’s criticism of German trade surpluses has disappeared for good or if these criticisms are likely to return. Further we elaborate whether there is a legitimate basis for criticisms of Germany’s management of its own economy and its larger influence on the rules for Europe. His talk will address these questions by looking at both the current dynamics in US politics and at important trends in the German economy, including trends in savings, investment, and capital flows in addition to the trade balances.

Prof. Jacoby is a professor of political science at Brigham Young University. He was a senior fellow at the Transatlantic Academy for the 2016-17 academic year. His books include Imitation and Politics: Redesigning Modern Germany (2000) and The Enlargement of the EU and NATO: Ordering from the Menu in Central Europe (2004). Jacoby has published articles in many journals including World Politics, Comparative Politics, Comparative Political Studies, Politics and Society, The Review of International Political Economy, The Review of International Organizations, and The British Journal of Industrial Relations. Jacoby was previously an assistant professor of political science at Grinnell College (1995-2000) and has been a visiting professor in Amsterdam, Barcelona, Bonn, Berlin, Brussels, Copenhagen, Cagliari, and at the EUI in Florence. He received a PhD in political science from the Massachusetts Institute of Technology in 1996 and a bachelor’s in European studies from Brigham Young University.

As a grassroots think tank Polis180 wants to enable the young generation to participate in political discourse thus our teatimes focus on your questions! Please feel free to enjoy tea, coffee, biscuits and hopefully some food for thought.

We are looking forward to your contributions and presence! 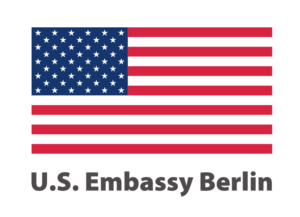 Prof. Jacoby is hosted by the Embassy of the United States in Berlin. We are thankful to the embassy for providing us the opportunity to speak to him.