DISCUSSION MEMO
23 June 2018
From PESCO to the European Intervention Initiative:
How to support each other’s priorities for European defence? 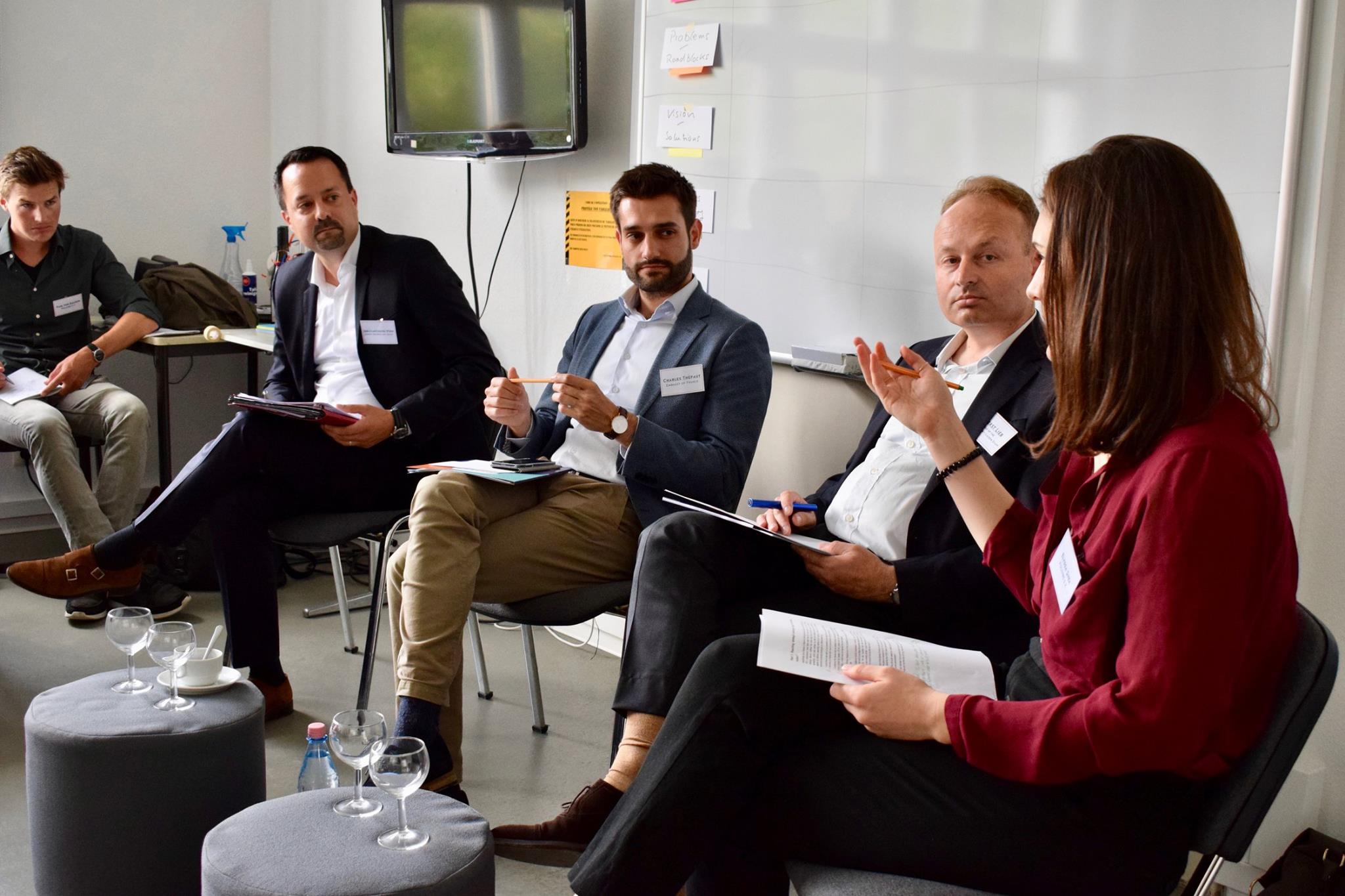 Part I: Panel discussion on European strategic autonomy from a Franco-German perspective

Within the “Allez l’Europe! // Vorwärts Europa!” all-day event at the Institut français Berlin on 23 June, Polis hosted an interactive panel discussion and workshop on Franco-German priorities in European defence. The panel discussion started off by examining the notion of strategic autonomy in European defence, which provokes intense debates as regards its varying definitions, dimensions, and ambitions. Strategic autonomy is often seen as having been obtained once a party can decide on a military involvement by itself without depending on the willingness and capabilities of others. One panellist observed that in comparison to France, the term ‘strategic autonomy’ rarely even enters the debate in Germany. One factor behind this could be that Germany remains firmly embedded in NATO, while France’s relationship to it has always been perceived as more ambivalent, and France also has its own nuclear doctrine. It was noted that striving for European strategic autonomy is primarily about whether Europe is actually ready to emancipate itself. One expert expressed that the Franco-German Meseberg Declaration (June 2018) demonstrates the political willingness of both countries to spearhead European defence initiatives, which has been urged on by the mounting security challenges facing Europe. The signing of PESCO and announcement of 17 projects agreed by participating EU member states has generated renewed energy in European defence, but it remains to be seen how (or whether) the projects will actually be utilized when the next crisis arises. It was agreed that in the short to medium term, developing European security structures such as PESCO and the European Intervention Initiative (EI2) will complement the existing NATO ones.

The experts agreed that large common armament projects could bring Europe closer to strategic autonomy, particularly as Germany needs to replace both its Eurofighter Typhoon and Tornado fighter jet. The planned Future Combat Air System (FCAS) by Airbus and Dassault Aviation would serve as the Typhoon’s successor, although it will be under development until at least 2035. While potentially open to other nations, such as Spain, FCAS remains a Franco-German project for the time being. Although Merkel and Macron have championed this European solution, it was noted that scepticism remains widespread amongst high-ranking German air force officers towards European procurement options. This may be due to the fact that many in the Luftwaffe were trained in the US and are already familiar with US systems. Berlin’s decision on whether to purchase the competing and combat-ready US F-35 stealth fighter, which could serve as the Tornado’s successor, will have a large influence on other European nations also deciding on successors for their combat aircrafts. Despite the advantages of purchasing the F-35, such as familiarity with US systems and the fact that the plane is already developed, acquiring a US plane would mean incompatibility with European communication systems. The lack of operability between systems has greater political implications and greater reliance on US systems might be seen as a step away from developing European solutions. Multi-national procurement projects are, however, challenging and can become both protracted and expensive. Plenty of lessons can be drawn from past joint projects, such as the A400M military transport aircraft, but one seems particularly clear: the more nations included in an armament project, the more complicated the process. Armaments procurement projects also remain unpopular in Germany, but more dialogue between stakeholders (government, industry) and the public on the fact that these projects are European could increase their support.

If the goal of strategic autonomy is to be taken seriously, Europe needs to set priorities in terms of its strategy and partners. Participants emphasized that the next PESCO projects should signal greater ambition and demonstrate that the projects will receive higher priority than national agendas. Regarding common arms projects, the investments needed for their development can only be compensated if they can be exported outside of Europe, thus common export standards are also needed. With German public opinion continuing to be critical of loose armament export regulations, a renewed Schmidt-Debré agreement between France and Germany, allowing a certain standard of regulation without too much mutual interference, should be developed as soon as possible. Including further European partners in common export regulations seems challenging at present due to diverging national interests, but could be a long-term goal. One expert noted that shared European sovereignty will be limited if each conflict in the European neighbourhood requires US willingness to engage. While over-dependence on US intervention in Syria may have enabled EU inaction in the crisis, there have been positive examples of a European approach in other regions. France’s quick reaction to the situation in Mali, which was followed by EU and UN missions (of which Germany is a part) has exemplified how Europe can jointly engage in its southern neighbourhood.

One of the most pressing issues remains that a common strategy can only evolve from a common strategic culture, which France and Germany currently do not share. Germany in particular needs to engage its society in the discussion in order to generate a common understanding of arising situations and the best recourse, which would speed up institutional responses (i.e. the Bundestag’s mandated review of all deployments) in times of crisis. Improving societal understanding of today’s most pressing security challenges, i.e. improving the public narrative of Germany’s security engagements in the world, would be a major step towards generating consensus on how to respond to future challenges. One expert noted that the German government’s position on many of these defence and security issues remains unclear, and that Germany also needs to develop more positive counter-proposals to the many suggestions that France has put forth. Yet in order for Germany to communicate its position more clearly to partners like France, Germany needs to first clarify internally what it wants out of Europe’s future security architecture, and out of Germany’s role in the world.

This event was organized by the co-heads of Polis’ European Security and Defence program, Ludwig Biller, Elyssa Shea, and Paul von Salisch. To read about the discussions that took place at our prior event in Paris at IRSEM, see the Discussion Memo from 29 May.